Five entrepreneurs you need to know about

What kind of travel blog should I keep this summer? 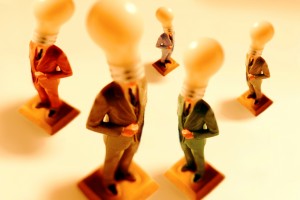 When it comes to starting your own business, most people don’t know where to begin. Throwing your lot in with one idea and trying to make it work can be an intimidating prospect. On the other hand, if you have the confidence to make it work, it might be the most rewarding thing you ever do. Here are our top five entrepreneurial stories to inspire you:

Now on the board of Facebook, Koum came into the spotlight as the CEO and co-founder of messaging phenomenon WhatsApp. What you might not know is that when Koum moved from Ukraine to the US at the age of 16, his family were struggling to put food on the table. Twenty-two years later, when Koum signed a deal to sell WhatsApp to Facebook for $19 billion, he did it in the social services office where he and his family used to collect their food stamps. If there was ever a poster child for turning your luck around, we’d say Jan Koum is a pretty impressive candidate.

Do Won Chang and Jin Sook

As an entrepreneurial team, Chang and Sook are impressive in more ways than one. In 1984, they founded one of the world’s most popular clothing brands; Forever 21. Thirty-one years later it’s still going strong – and so is their marriage. These entrepreneurs have a net worth of just over $6 billion, and they might well be the best partnership since Butch and Sundance.

Speaking of Butch and Sundance, here’s one you might not expect: Robert Redford is well-known for his acting career, but did you know he’s equally impressive as an entrepreneur? On the back of his earnings from starring in the classic Butch Cassidy and the Sundance Kid, Redford invested in founding the Sundance Institute in 1981, spurring a movement of independent cinema that includes the world-renowned Sundance Film Festival.

£600. That’s what Deane needed to start the Cambridge Satchel Company in 2008. Last year, it turned over £13 million. What’s even more impressive is this: Deane got the idea because she couldn’t find a satchel for her children to take to school, so she casually sat down at her kitchen table and set about making a global phenomenon. The business she created ended up paying the kids’ tuition fees, but we suspect they must have been pretty well-supplied with school bags too.

Here’s an up-and-coming entrepreneur who might just help you on your own business path. 24 year-old Amelia Humfress is the founder of Steer: a pioneering service teaching even absolute beginners how to become confident web developers. So, if you want to start the website for your own business, and you don’t know how to go about it, then this young entrepreneur and her team are there to help you get started.

Enterprise are always on the look out for graduates with an entrepreneurial spirit, so if you’ve got what it takes, we can offer you a management trainee scheme that’ll set you up with business skills for life.