A career filled with highs: Andy Bland reflects on a whirlwind ten years

I realised my dream of running a business at Enterprise 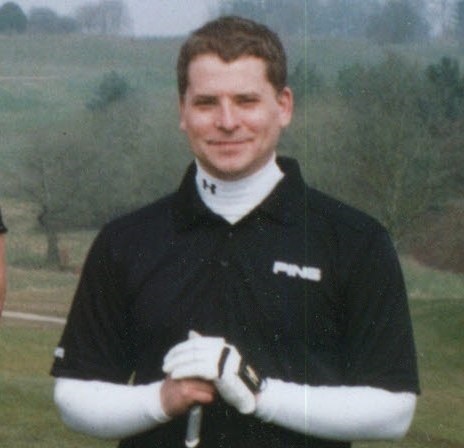 I started my career with Enterprise on 5th October 2005. I remember the entire recruitment process like it was yesterday. All through school and university, I could never work out exactly what I wanted to do for a living and the only thing I kept getting drawn back to was that I had a real thirst for entrepreneurship. To be honest, I’d never even heard of Enterprise until I sat with my career advisor and told him I wanted to run my own business but didn’t have the money to do it. His response was to suggest one company – Enterprise.

Fast forward a few months and I was starting my Enterprise career at a brand new branch in Coventry. It was the branch’s opening day and my first day  – what a whirlwind.

I found myself naturally drawn to sales and marketing and enjoyed nothing more than visiting our local accounts or winning new ones with the help of the corporate sales team. I really loved walking into meetings with large companies in stylish head offices, often sitting around boardroom tables – I found my niche very early on.

That said, I knew I needed to build my rental knowledge and didn’t want to narrow my career path just yet. I passed my Management Qualification interview (MQi) after just nine months and applied for an Assistant Manager position the very next day. I got the job and began as Assistant Manager at our Rugby Branch, which at the time had just 35 cars. I had made something of a name for myself as a bit of a marketing whizz and put this to work, helping grow the Rugby branch to over 60 cars. After that, I went back to Coventry to a busier branch (but one which was struggling to grow and had some customer service issues) to take over as Assistant Manager.

After some strong performance across the board at Coventry, I applied for the vacant Branch Manager position in Worcester – a small branch at the time, operating just 60 cars with three people and with a reputation for underperforming. This gave me a fantastic opportunity to cut my teeth as a manager and it wasn’t long before we were producing the highest income in the West Midlands, together with high customer satisfaction scores and significant growth. In fact, we grew that business to almost 100 cars in just under six months.

On the back of my performance in Worcester, I was asked to move to the group’s flagship branch in Cheltenham which at the time was also struggling. The branch was bigger than any I had ever worked in and suddenly I was managing a team of 12 rather than three. It was the biggest challenge of my career so far but one that I grasped with both hands. I developed a fantastic team (all of whom were subsequently promoted) and together we turned around this underperforming branch. During my 12 months at Cheltenham, we transformed the customer satisfaction score from the worst in Europe to one of the best, built a strong balance sheet and hit a record-breaking 200 rental cars! Truly an enjoyable and challenging 12 months.

The opportunity then arose to join the Corporate Sales team, something I’d had some experience of very early on in my career, so I applied and was successful.

This role came with its own challenges. I’d gone from managing a team of people to managing just my own performance – nevertheless, I was confident in my own ability to get the job done. I joined a fantastic team, all of whom have since been promoted and I still speak to regularly. After two years the opportunity came up to manage the entire West Midlands sales team and that’s where I am today – Regional Sales Manager for the West Midlands Group. This role combines everything that I’ve enjoyed throughout my career: sales, marketing and managing people.

Today I manage a fantastic team of 10 people and a book of business worth almost £12 million. As a team, we support our rental locations on a number of fronts but have the primary goal of retaining and growing our business-to-business customers by demonstrating value for money and building true working partnerships. We’ve been successful at winning four Exceptional Achievement awards in the past five years and numerous people on the team have been promoted.

As a child I always wanted to earn more than my father, to work for an organisation that would give me a career for life and one that would make me proud – just as he did. I have found that company in Enterprise – a rarity in today’s working world – and if that sounds like the kind of environment you’re looking for, please check out our current job opportunities.

How to use your personality to further your career
Read more