Enterprise have supported me in becoming my true self 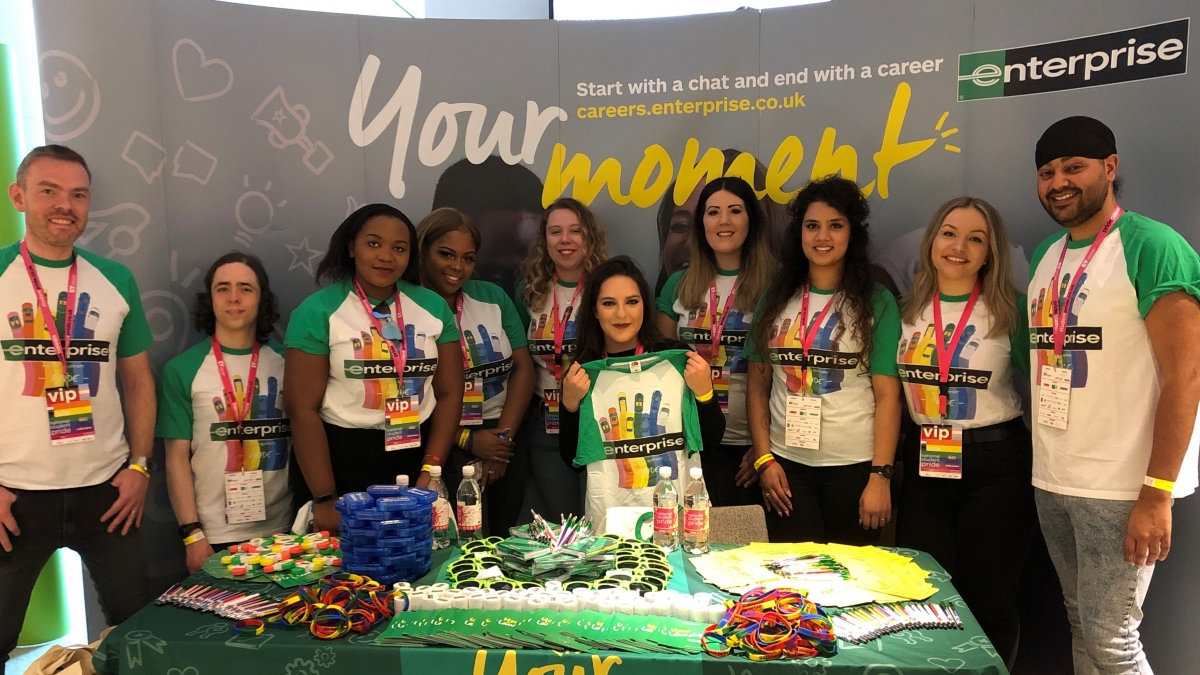 At Enterprise, we embrace all the differences that make each of us unique. That’s why Luna Sermon, who works in our Aldershot office, found coming out as non-binary at work a positive experience. Here Luna opens up about their career at Enterprise and how our inclusive working environment gave them the confidence to become their true self.

Why do you enjoy working for Enterprise?

I love being in an environment where I can be open and honest with access to support, and now I have found the department where I feel most comfortable with the work we carry out.

How does Enterprise support LGBT+ employees and allies?

Enterprise has a fantastic diversity employee committee (of which I have recently become a member) that runs various events and initiatives to support people in minority groups. It was because of one of these events that I was able to come out at work.

Tell us a little bit about your career with Enterprise. How did you start and how did you get to where you are now?

I joined Enterprise in 2015, initially working on the Subscriber Operations team and then moving to Subscriber Collections. After a while, I came to realise that I would prefer and be more suited to a more process-based role rather than one that focused on chasing outstanding payments. In 2017 I moved to the Billing team, where I feel much more relaxed and able to work at my own pace without having to do tasks I don’t enjoy.

On IDAHOTB Day (International Day Against Homophobia, Transphobia and Biphobia) in 2017, I applied to be on the panel of speakers at work and revealed my gender identity to a room of around thirty people. I explained that my gender is non-binary, which means neither male nor female. I don’t see myself as partway between male and female, or a mixture of them, but a completely different gender that happens to be much more similar to female than it is to male. I felt there was a short silence and then suddenly I found myself talking more and more, answering questions and sharing information. Everyone was very responsive and positive. I felt my nerves slip away along with my fears. I feel coming out at work has been an essential step for me to take, as I no longer feel like I’m concealing my true self.

What has been your experience with being out? Have you ever had a particularly bad or good experience because of your sexual orientation at work?

Coming out was a daunting prospect at first but, thanks to the diverse and inclusive culture at Enterprise, once I’d started I felt very relaxed and relieved. Since then, I have had several lovely talks with people who have been interested to get to know me better and check how I am regularly.

Can you describe for me why it’s important that our communities and our laws treat people equally?

I believe that ignorance and misunderstanding are major causes of the hate and crime that is directed at the LGBT+ community: many see LGBT+ people as dangerous or evil simply because they don’t understand them (or think they do understand them but have it wrong). For this reason, the progress that has been made towards laws and practices for equal treatment is extremely important.

How do you respond to homophobic and transphobic attitudes?

I am fortunate enough to have rarely received any remarks or behaviour that are deliberately transphobic (usually when someone says something I don’t like it is just the result of ignorance or force of habit). I do still struggle to counter negative comments, but I generally find that the best option is to calmly explain things and the reasons for them. In many cases it can turn out that the speaker has drawn an incorrect conclusion because they don’t know or understand all the facts.

What support has Enterprise given since coming out?

About 9 months after coming out, I decided to tell an LGBT+ member of the diversity employee committee that I would like to try presenting as female at work, even if only temporarily to see whether I felt more at ease. I was assured that I would be supported and could turn to the committee if I needed help or advice. Nearly a year later, I now present as female full-time, except at the gym to avoid causing trouble in the changing room. I also still appreciate the assurance that I can turn to members of the committee whenever I need further support.

How do you get other colleagues to be more open minded about people within the LGBTQ community?

So far I have done this by frankly answering any questions people have and encouraging them to take part in events held by the Diversity Committee.

Did anyone change their behaviour or attitude towards you, after you came out as non-binary?

As far as I have noticed, my colleagues have mostly treated me the same since I came out. The only changes are positive ones: some are more encouraging towards me and keen to learn more about me, and many are clearly making an effort to use the right pronouns and avoid calling me things that imply maleness, such as ‘man’ or ‘bro’.

How important do you think it is to have LGBT role models at work?

Without the support and encouragement of the LGBT+ person at work with whom I discussed my plan to start presenting as female, I am sure I still would have been safe and accepted, but I doubt I would have been able to find the confidence to take the step.

If you want to work in a world leading company that are committed to diversity and inclusion, search and apply to our graduate management programme.