Are you the best university society in the UK?

The Financial Times and HERoes, a gender-equality initiative, recently launched a ranking of the leading champions of women in business. Looking for both male and female executives who have effected the greatest changes in women’s careers in the UK and beyond, they ranked champions in three categories:

All entries were nominated by peers and colleagues, and the nominations were then reviewed by the Financial Times and the HERoes judging panel. Each person was scored on the seniority and influence of their role, their internal and external work to champion women, their recent and significant business achievements, as well as the testimonial that was provided with their nomination.

Those nominated were required to be visible and vocal champions, working to create an environment in which women can be comfortable and professional at work. Most importantly, their efforts needed to sit outside the remit of their day job in order to be considered.

We’re extremely proud that Leigh Lafever-Ayer, Enterprise Rent-A-Car’s Director of HR for the UK and Ireland, has been included in this year’s Champions of Women in Business list.

Leigh has been co-chair of Enterprise’s UK and Ireland diversity team since 2007, where she started a ‘Mum and Tots’ group, launched Enterprise’s first women’s networking group, ‘Enterprising Women’, and developed an award-winning, company-wide benchmarking tool.

She created the gender diversity magazine ‘DRIVE’, which is distributed to employees, customers, universities and prospective employees. Leigh drives employee awareness through her Twitter page and has also introduced a number of events, both client and customer facing, to showcase diversity at Enterprise.

Under Leigh’s leadership, Enterprise was shortlisted for Corporation of the Year by Women of the Future in 2016, has been included in the Times’ Top 50 Companies for Women for the last 12 years and has increased the number of females in senior management positions by 58% and women holding director positions by 83%.

Externally, Leigh is a member of the BITC Leadership Team for Gender Diversity, and has also held positions on multiple advisory boards. She is a regular speaker at conferences, in the HR press and at events on gender diversity. 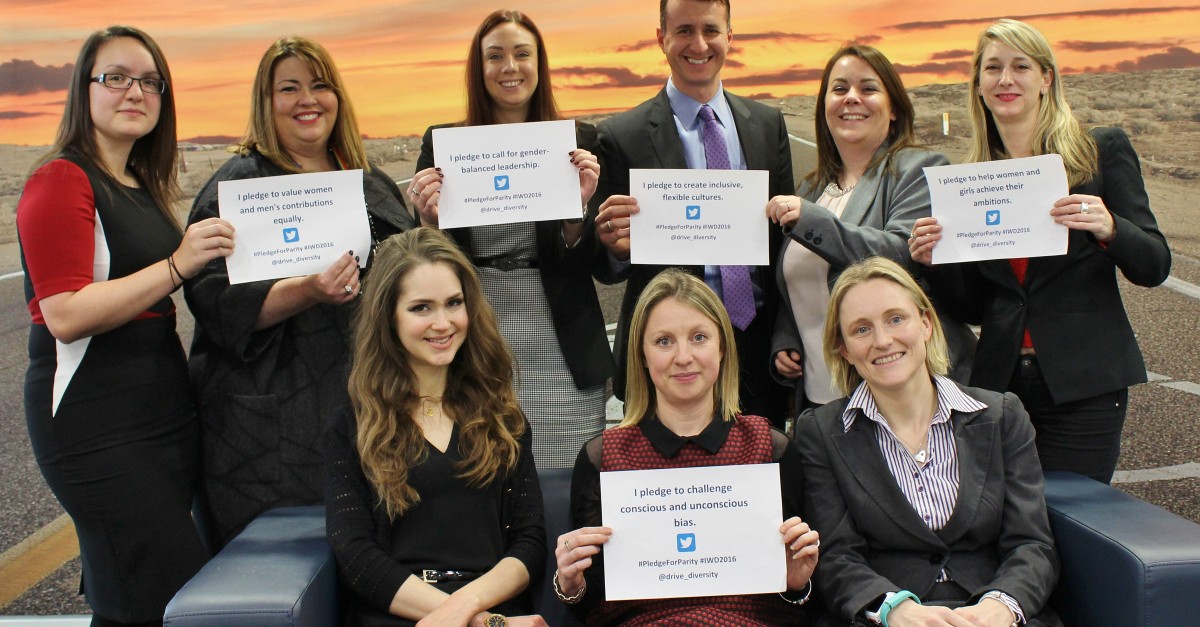