Why you should go on a year-long placement with Enterprise 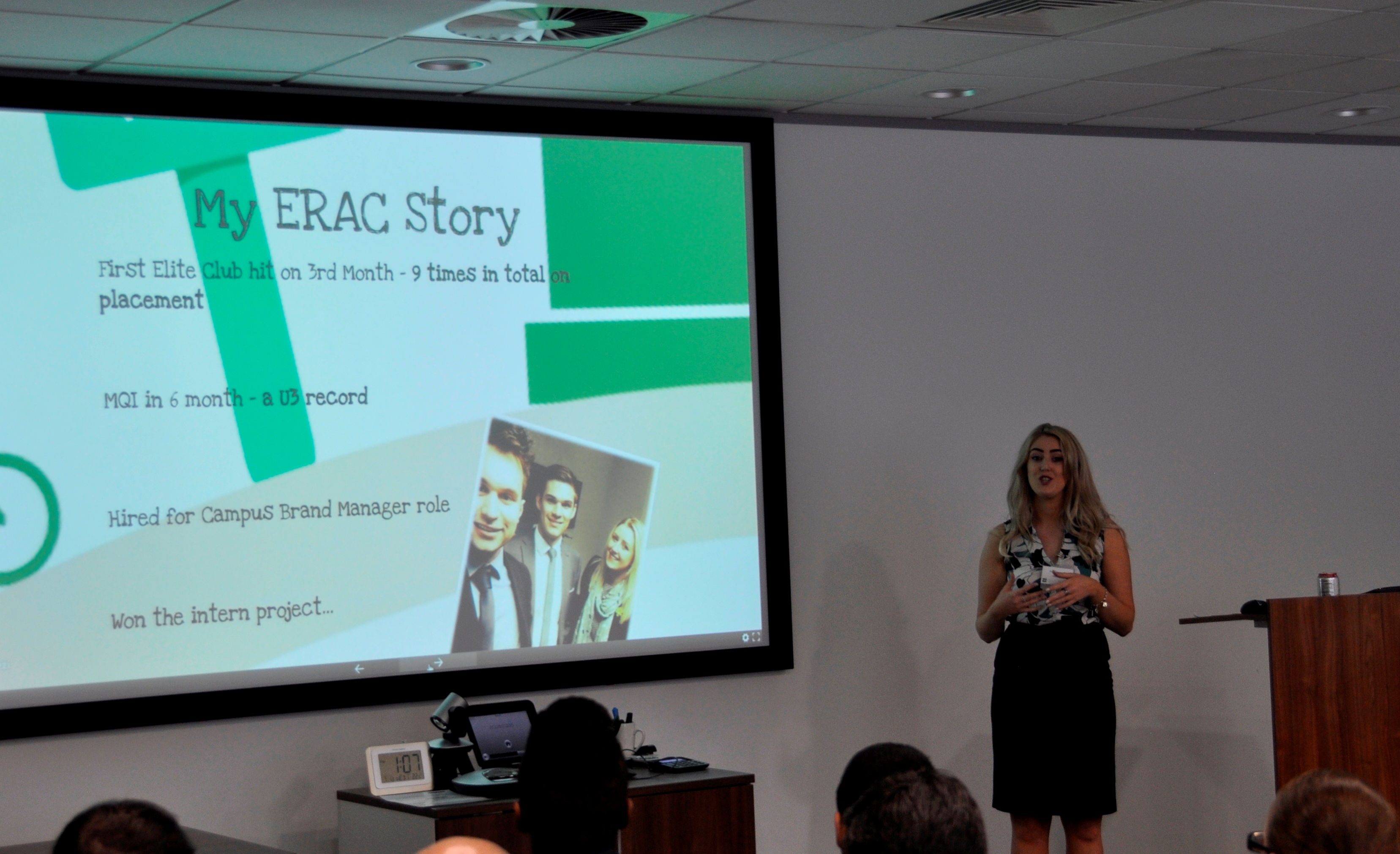 I was hired on a 12-month industrial placement and took a year out of studying Business and Public Relations at Liverpool’s John Moores University. From day one I was treated in the same way as all other graduates, interns and full-time employees. Everyone at Enterprise receives the same great training and development opportunities.

I also took part in the internal mentoring scheme – meeting colleagues from the senior management team, which gave me the opportunity to build a personal network of people who helped to keep me motivated and inspired.

In my third month, I achieved Elite Club status, this is a prestigious award, part of the monthly incentive programme that Enterprise runs, offered to the top-performing employees who hit their targets. This gave me the opportunity to network with both the Regional Manager and Area Managers from across the North West. I then began to achieve Elite Club on a regular basis – nine times during the course of my placement – which helped me to build a network of influential colleagues and develop my own personal ‘brand’ within the company.

I was learning something new every day and making a name for myself by adding new accounts and growing the business. At the same time, I was working my way through my training folder and benefiting from the knowledge I’d gained from the many mentors who were supporting me. I completed my folder and with the encouragement of my Area Manager I went for my first promotion – my Management Qualification Interview (or MQI) – and passed with 94%, setting a new record for the fastest promotion in the North West (just six months) and earning a pay rise as well as a bonus!

Now because I was on my placement year, I was unable to apply for Assistant Manager positions as I was due to return to University, which ordinarily would have been the next step in my career. Rather than letting that discourage me, I threw myself into any extra activities I could find that were outside the scope of my day-to-day role. I worked in the local Female Focus Group for example and ended up helping to run it by planning the meetings and creating handouts for each one. I was keen to help other women in the area to progress and towards the end of my placement, I organised a female-focused event where I invited influential senior managers to address the audience. Colleagues including Area Managers, the North West Financial Controller and several Branch Managers were generous with their time and told us their career stories, as well as providing the group with valuable specific information on preparing for interviews and more general advice on getting ahead in our careers.

As well as all of this Enterprise ran an intern project where all 25 of us that were interning in the North West were split into teams and asked to create an advert of our choice, together with a presentation and a report on why we chose our particular topic. Our team (nicknamed ‘Team Wonderful’) created an advert to show how the recruitment process works at Enterprise Rent-a-Car. To our delight, we won and split the £500 prize between the three of us. Then, in an unexpected turn of events, our advert was used as a part of the recruitment process in the North West and shown to all applicants and new recruits! You can see the video advert here.

I then decided to extend my full-time placement until I started my final year of University when I switched to working part-time in my branch. At the same time, I took on the role of Campus Brand Manager for Enterprise at my university, which allowed me to expand my knowledge of the business even further.

After earning the title of ‘Campus Brand Manager of the year’ for the North West, I then went on to compete for the UK title. The competition required a presentation to senior management at the European Head Office. I described the work I had done with my University and how I encouraged students to apply for the graduate management trainee role. After presenting my results I was awarded the title of ‘UK Campus Brand Manager’.

When I completed my degree and returned to work at Enterprise full-time I was promoted to Assistant Manager after only one month. This was thanks to all the hard work I had already put in whilst on my placement year, and the fact that Enterprise takes into account all the training and development you received during your placement. This means that if you return after completing your studies, you’re already one year ahead of your peers.

If, like me, you’d like the chance to excel in a challenging, fast-paced workplace environment, check out the opportunities for work placements and graduate internships at Enterprise today.