From management trainee to general manager. This is my career story

From Thorpe Park to another amazing ride with Enterprise

Hard work pays off at Enterprise 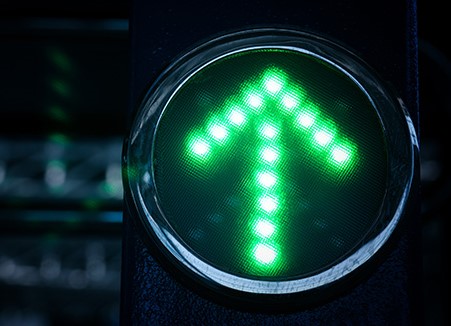 I first noticed Enterprise Rent-A-Car at a job fair back in 1995. It was a very new company here, and I’d never heard of them. So I took a job with another business instead. It’s strange where life leads you, as 17 years later I am now the Vice President and General Manager of the South England Group and the first English employee to be promoted to this level, and it was all because of my housemate.

He convinced me that I’d made the wrong decision about Enterprise. He was working on the management trainee programme and kept telling me about the work he was doing and it sounded like a fun place to work in, so I jumped ship and quickly realised I should probably have gone with Enterprise a bit sooner.

It was only a year later that I got promoted to assistant manager for the Newbury branch, before making the move to the Northern England Group. I was fortunate that my career progressed quickly, becoming the first British employee at area manager level and one of the first local hires to be named a city manager.

Since 2007 I’ve been back in the Southeast. It was fantastic to get a chance to work in a territory that included Heathrow, which came with new exciting challenges as it’s one of our busiest branches.

When it comes to being in charge, I’ve kept the same method for successfully leading teams throughout my career: you want to give them a clear vision, get everyone to buy into it and make sure they all understand the strategy for getting there.

I’m quite direct in the way I communicate, and I think that it’s worked well for me. Sometimes people worry about giving really good and honest feedback. They can sometimes end up praising mediocrity rather than helping people excel.

There are plenty of opportunities for those who start an internship or management trainee position at Enterprise. All you need to do is you put your head down, ask a lot of questions, apply yourself and share good ideas. Try to figure out ways to do things better than your predecessor did, and before you know it, you’ll be knocking on the door of your first promotion. And it won’t be your last as long as you keep doing a great job of developing your employees and looking after your customers.

In the time I’ve been with Enterprise, we’ve gone from having a fleet of a few thousand rentals to over 60,000 today. The business is still growing in Europe, especially in Germany, France and Spain. We’re also working on car-share technology and alternatives to courtesy cars. 17 years since I joined and we’re very much still an entrepreneurial company.

Why Spain is set to get even hotter
Read more